Inside the plaza, the streets are named after the three People’s Principles of Dr. Sun Yat Sen, the maiden name of Madame Chiang Kai-shek, and Sun’s sister-in-law, Soong Mei Ling. Madame Chiang Kai-Shek made a famous trip to the United States and Los Angeles in 1943 to raise funds for China relief during World War II.  Shortly afterward, the U.S. Congress repealed the Chinese Exclusion Act, which had been in place since 1882.

Note the rooflines of many of the buildings in New Chinatown, and elsewhere in the Chinatown district.  Animals and fishes on the roofs, as on the Realm store and Hop Sing Tong Association buildings, are traditional talismans for the protection of buildings. Doorways and windows reflect classical Chinese design elements. 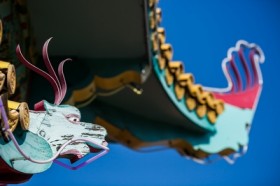 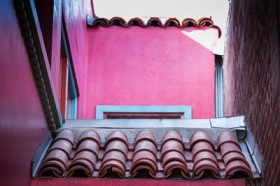 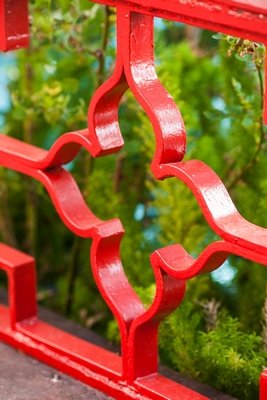 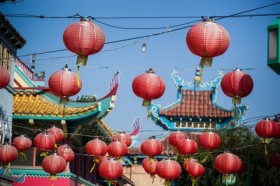 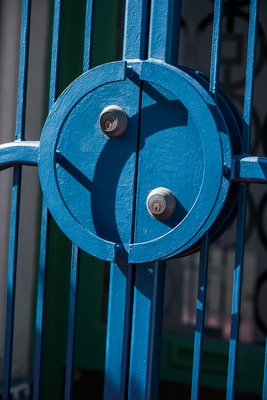 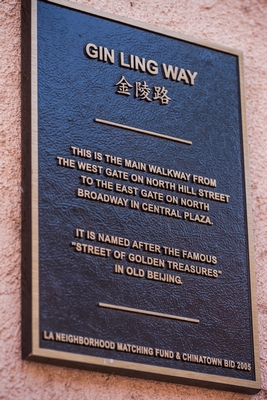 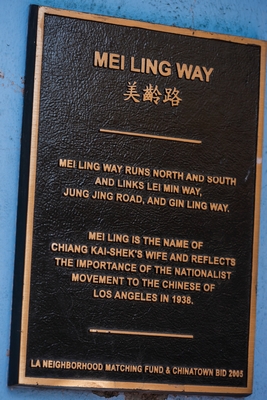