The mural of a fiery dragon was created by noted watercolor artist Tyrus Wong in 1941 and restored in 1984 by Fu Deng Cheng. The dragon represents strength and goodness, the spirit of change, and life itself.

Below the dragon mural is a recently restored pool with a sculpture of Kwan Yin, commonly known as the Goddess of Mercy, as well as the Buddhist Bodhisattva of Compassion. Kwan Yin delayed her entrance to nirvana, or “enlightenment,” until all suffering in the world ceased and is one of the most revered figures in Asian communities worldwide. 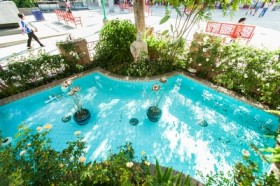 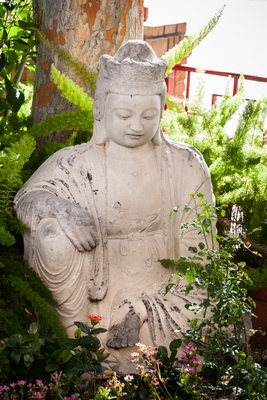 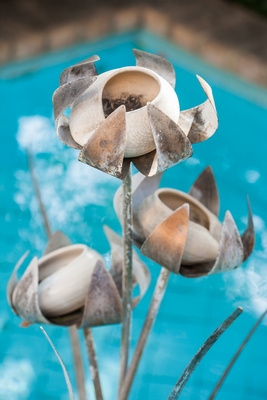 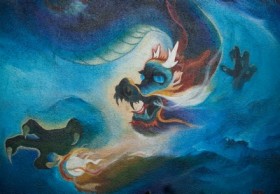 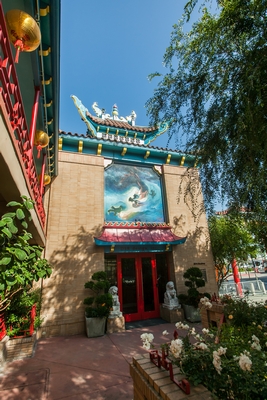