The Chinatown Branch Library is one of seventy two public libraries in the city of Los Angeles.  Established in 1977, the library was originally located in Castelar Elementary School until 2003 when it moved to its current location. The architectural design was inspired by traditional Chinese architecture and has a traditional open courtyard styled center, red accents and Chinese Muslim influenced decorative screen patterns on the entrance canopy. The Chinatown Branch Library is home to the Los Angeles Public Library Heritage Collection and offers a variety of Chinese, Spanish and Vietnamese language books. 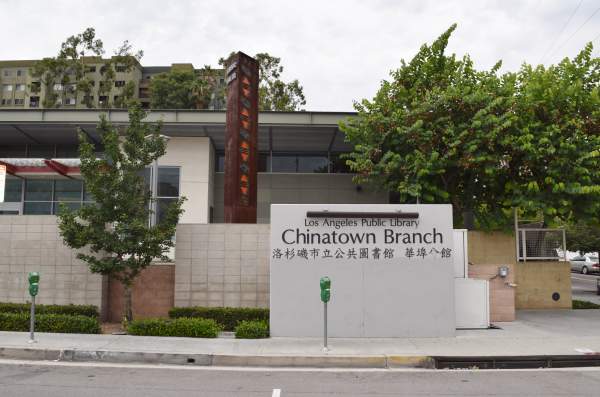