This square was dedicated to Delbert E. Wong in 2013 and is the first recognition of a Chinese American by the City of Los Angeles with an official landmark, street or square. Delbert E. Wong was the son of a grocer from Guangdong who enrolled in law school after serving in the Air Force during World War II. Despite his family’s hesitation for fear he would face discrimination in pursuing law, he went on to become the first Chinese American to graduate Stanford Law School and later the first Chinese American judge. A champion for civil rights, Delbert Wong fought against racial segregation within the Los Angeles Police Bureau. He was also a community leader, later becoming one of the benefactors for the Asian Pacific American Legal Center (now Asian Americans Advancing Justice Los Angeles) and the Chinatown Service Center. 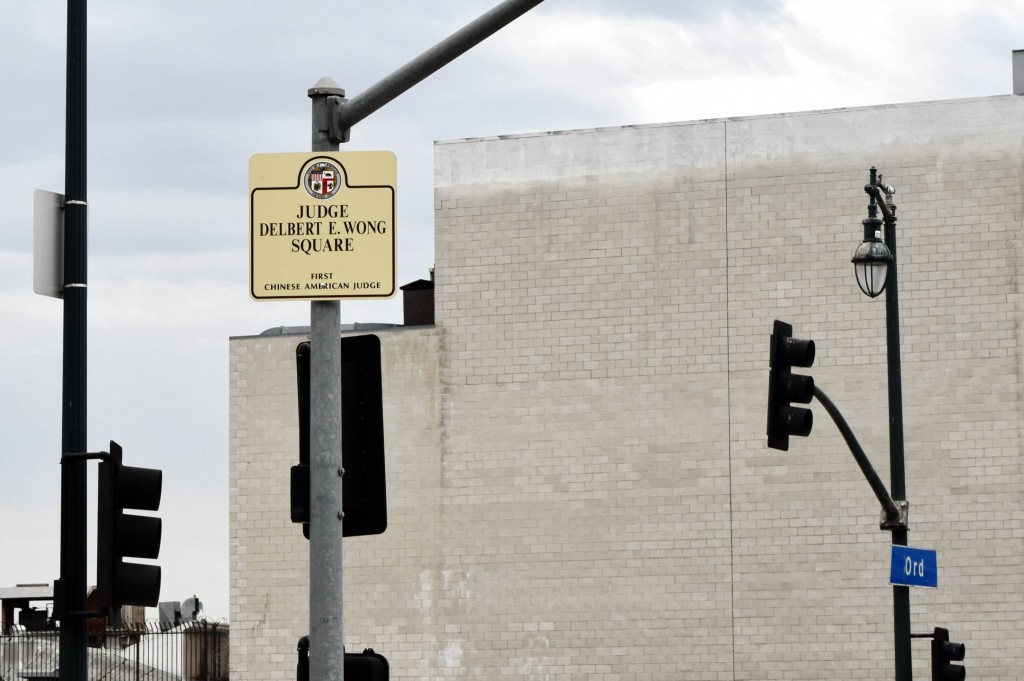