The temple honors Tin Hou, who was believed to save fishermen and maritime voyeurs at sea.  As those were major occupations in Southeast Asia, the temple held special meaning for new immigrants from that region. 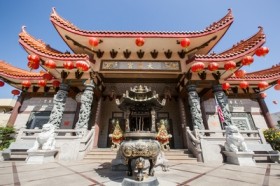